A deadly fungus that seemed to spring up out of nowhere in hospitals has been found in nature for the first time.

Researchers isolated the yeast Candida auris from two sites on the Andaman Islands in the Indian Ocean. The discovery suggests that C. auris was an environmental fungus before it was identified as a human pathogen, researchers report online March 16 in mBio.

It was a real puzzle as to where C. auris came from when it began appearing in patients and clinics, says Christina Cuomo, who studies fungal pathogen evolution at the Broad Institute of MIT and Harvard and was not involved in the study. “It’s the first clue as to where else it might be.”

C. auris emerged as a human pathogen on three continents in the early 2010s. The yeast has since been named a public health threat for its ability to cause dangerous, sometimes fatal infections that are resistant to many antifungal drugs (SN: 11/13/19). C. auris spreads between patients — usually those already seriously ill — in hospitals and other health care facilities, causing infections of the bloodstream, gut or other organs. There have been more than 1,600 cases reported in the United States as of January 19, according to the U.S. Centers for Disease Control and Prevention.

The fact that C. auris can thrive inside the human body is unusual. Most fungi aren’t able to grow in that toasty, 37° Celsius milieu. That has spurred a hypothesis that C. auris gained the ability to infect people after becoming accustomed to warmer temperatures in the environment as a result of climate change (SN: 6/26/19). A possible location for the fungus: wetlands, which are very sensitive to the effects of warming.

The remote Andaman Islands, with coastal wetlands, swamps and beaches, fit the bill. Anuradha Chowdhary, a medical mycologist at the University of Delhi, and colleagues studied soil and seawater specimens from eight places on the islands. They struck gold at two sites, isolating C. auris from a coastal wetland and a beach. The isolates from the beach were resistant to antifungals and genetically similar to each other, a sign they are related. It’s unclear at this point whether the beach isolates came from people, Chowdhary says.

But the two isolates from the coastal wetland — where there is no known human activity — were genetically different from each other and from the beach specimens. One of the two wetland isolates was still sensitive to antifungals, the researchers report, suggesting C. auris developed drug resistance after it adapted to people. And while all of the isolates grew at 37° C, the drug-susceptible one grew more slowly than the rest.

The new study should motivate wider sampling of C. auris to understand how extensive it is in nature, says Cuomo. Learning more about where C. auris comes from can provide insight into its tolerance for higher temperatures and its resistance to antifungal drugs. There’s now a foot in the door, Cuomo says, “to really look more deeply.” 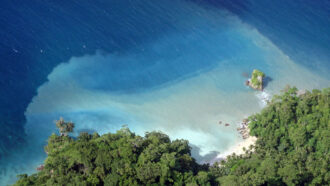 What’s the Difference Between a Bobcat and a Lynx?

6 Backyard Accessories That Are on Their Way Out, According to Real Estate Agents

Ready to Finally Get Organized? These Are the 5 Common Mistakes You Should Avoid.

Bubba Watson gets in hunt by tying PGA’s low round; Tiger hopes to do same

TULSA, Okla. – After fighting to make the cut, but now 12 shots back, Tiger Woods succinctly described what he

PGA leader Will Zalatoris embraces major tests: ‘We only get four of them a year’